In some jurisdictions a mental illness may impact on a person’s sentence.

1. Anxiety, Defendants and Witnesses in Court

It has long been established that defendants from all walks of life may have trouble in giving their best evidence of anxiety. When the level of anxiety they experience becomes overwhelming in some jurisdictions a court may provide special measures so that the quality of the witness’s evidence is not diminished.

Good preparation is one of the essential techniques that can be used to reduce anxiety at court. There are several good practice guides for a whole range of witnesses including parents, professionals, victims and defendants. These materials should be studied carefully as there are limits on the amount of assistance that lawyers can provide their clients with when they give evidence in court.

Ask About Our Online Remote Video Enabled Version of This Psychological Assessment. Find Out More Here About the Process Here

2. An Anxiety Disorder May Reduce a Defendant’s “Moral Culpability” Or Blame Worthiness for The Offence.

Such a defence can only be reduced if there is a causal link between the mental illness and the offence. For instance, the condition might limit the defendant’s ability to make effective decisions and think rationally.

A link between offending and anxiety has been found by several research studies, the research was summarised by Neumann, Veenema and Beiderbeck (2009). Their work found a strong correlation between anxiety and depression and aggression. More significantly, they found that individuals who had experienced early life stress such as emotional neglect, loss of parents and child abuse were more at risk of developing anxiety disorders as well as excessive aggression and violence in adulthood. In this connection, clinically significant levels of anxiety might be a mitigating factor when sentencing some offenders.Alternatively, in some instances the condition may act as an aggravating factor, thus resulting in a more severe sentence being awarded.

3. An Offender’s Anxiety Disorder May Affect the Type of Sentence That Is Awarded or Its Conditions.

Some individuals may be unable to complete specific types of sentences, such as custodial sentences because of their anxiety or other mental health condition.In appropriate cases it might be sensible to order that the offender to take some form of treatment or a community sentence.

It is, therefore, hardly surprising to see the Mental Health Foundation conclude that young offenders were at increased risk of developing more severe mental health problems.It is well accepted that the levels of psychosocial and psychiatric problems among young people at any stage of the criminal justice system is significantly higher than individuals in the general population. For example, the proportion of individuals with mental health problems in the criminal justice system was estimated to be between 25 to 85%, this compares with estimated rates of 13% the girls and 10% of boys between the age pages of 11 to 15 years. Some estimates suggest the rate of mental illness of those in custody is at least three times that of the general population. Furthermore, it is also noted that the mental health services provided for young people in custody are inadequate.

It was also established that interactions with the criminal justice system may result in increased anxiety and depression, particularly when individuals are incarcerated.

4. Anxiety Disorders Might Make an Offender Unsuitable for Sending a Deterrent Message to the Community.

In some instances, the defendant’s mental health status likely to gain sympathy from those in the community in the context of the offence.

5. An Anxiety Disorder May Mean That Some Sentences Likely to Have A More Severe on an Offender Than That It Would on A Person Without the Condition.

Some individuals with types of anxiety such as claustrophobia might find a custodial sentence in a closed prison particularly challenging.

6. There May Be A Significant Risk That A Custodial Sentence Would Result in A Deterioration an Offender’s Anxiety Disorder.

While most prisons should have enough facilities to support many individuals with anxiety and other mental health problems, there are some individuals who are likely to deteriorate if given a custodial sentence.

In considering whether the anxiety or other mental health condition amounts to grounds for awarding a community sentence, the court will consider whether the person must be imprisoned for the protection of the community.

Additionally, they will consider whether the condition is untreatable and, therefore, unlikely to change.

Find out More About Anxiety, Defendants and Witnesses in Court 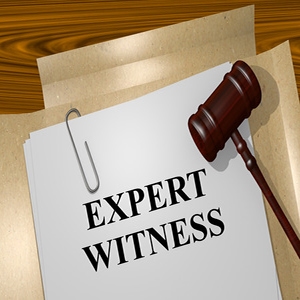 180 Piccadilly, London, W1J 9HF
Also at: Westhill House, Highgate Consulting Rooms, 9 Swain's Lane, London N6 6QS
Please do not attend our office if you do not have an appointment

Psychological Reports for the Legal Profession


Our Experts are registered with:
The Expert Witness Institute
www.ewi.org.uk

The Academy of Experts
www.academyofexperts.org

The Association of Black Psychologists
www.abpsi.org

The Chartered Institute of Personnel and Development
www.cipd.org.uk

A Member of the Strategic Enterprise Group
www.strategic-enterprise.com


We use cookies to improve our service and ensure that we give you the best experience. If you continue without changing your settings, we will assume that you are happy to receive all cookies on our website.